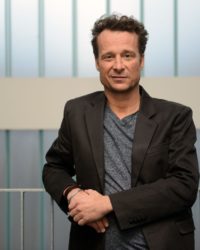 Stef Aupers is a cultural sociologist and works as professor of media culture at the Institute for Media Studies, Communication Sciences at Leuven University in Belgium. His work deals mostly with religion, spirituality, and re-enchantment in (post)secular Western societies. He supervised the NWO research project Conspiracy Culture in the Netherlands: Modernity and Its Cultural Discontents (2011-2015, Erasmus University Rotterdam, principal researcher Jaron Harambam), was a research fellow at the University of Cambridge in the project Conspiracy and Democracy (2014, Centre for Research in the Arts, Social Sciences and humanities), and published widely on conspiracy culture, media culture, spirituality in business organizations, religion and computer technology, and myth, magic, and fantasy in online computer games in international peer-reviewed journals like New Media and Society, Journal for the Scientific Study of Religion, Journal of Contemporary Religion, Information, Communication and Society, European Journal of Cultural Studies, Asian Journal of Social Science, American Behavioral Scientist, The Public Understanding of Science, Cultural Sociology, and European Journal of Communication.

His latest international books are Religions of Modernity: Relocating the Sacred to the Self and the Digital (Brill, 2010, edited with Dick Houtman) and Paradoxes of Individualization: Social Control and Social Conflict in Contemporary Modernity (Ashgate, 2011, with Dick Houtman and Willem de Koster). Together with Jaron Harambam he is now working on a popular scientific book on conspiracy culture in the Netherlands (Amsterdam University Press).